Home » Make a difference » Our stories » Not just #AsIAm – but who we could become!

Not just #AsIAm – but who we could become!

“Katherine has something to offer!” As battle-cries go, this one doesn’t seem especially revolutionary does it? And yet… David Treanor, National Leader of L’Arche Australia, thinks otherwise. As he explains: “the simplest message can be the most powerful.” His theory is being put to the test in L’Arche Australia’s latest publicity project: taking the web-documentary #AsIAm films on tour round selected towns and cities, Perth, Canberra, Sydney, Adelaide, Bendigo, Hobart: in each venue, 50-100 people have seen their interactive presentation of music, film and story, with film-maker Michael MacDonald, and singer Cindy Treanor, among others. 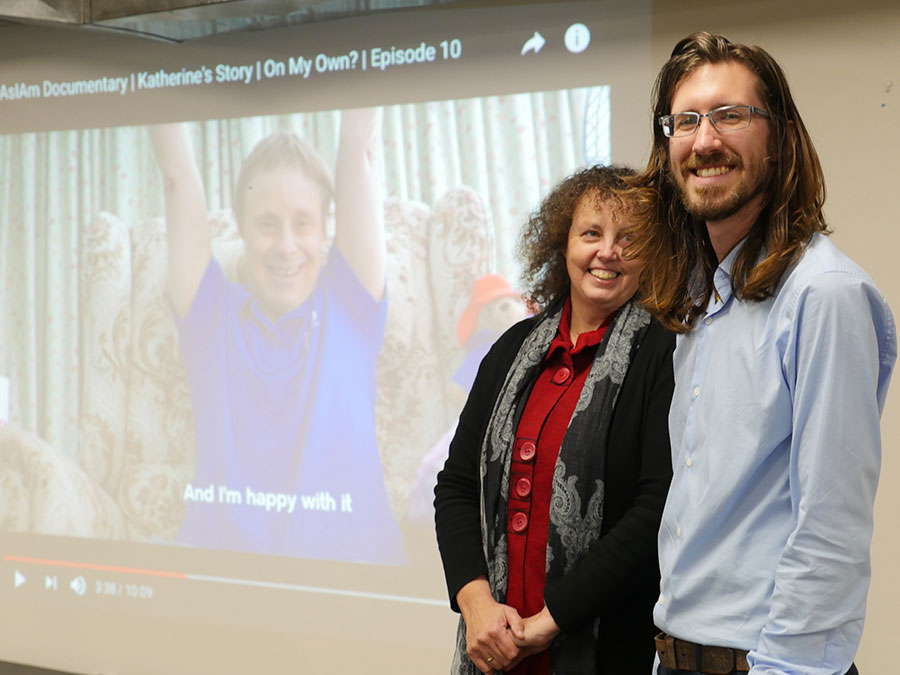 The most recent film focuses on Katherine Black, a lady with an intellectual disability who is a member of L’Arche Hobart, Tasmania. Katherine is preparing to move to a more independent setting, picking up the skills she needs to make that a success… money and cooking for sure, but what else? “Experience shows that independence can be very slippery,” says David. “Did you know that 84% of people with a disability have not seen friends or family in the last three months? The goal of independence sounds great, but it can set people up for a very lonely life!” 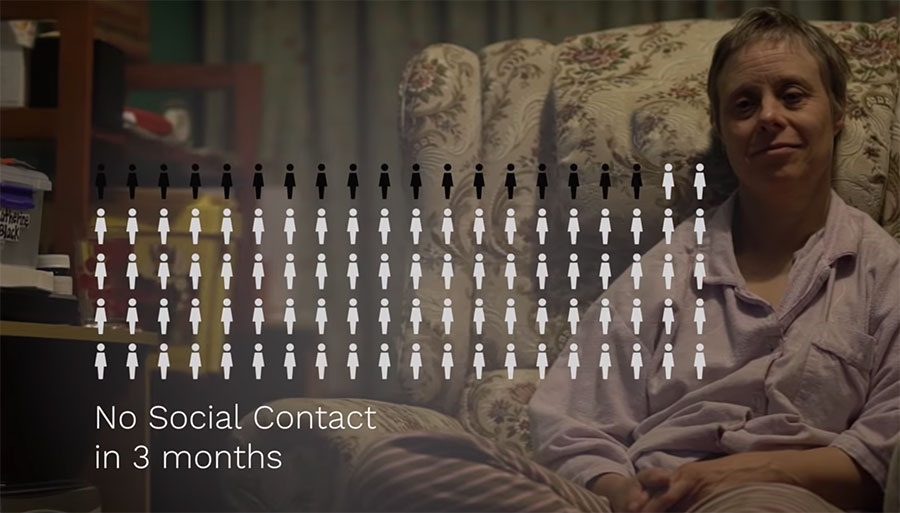 But Katherine has the answer – a hospitality check-list. “What better way to defy loneliness than to be a good host?”, as the voice-over asks. Katherine’s life-lesson is about inter-dependence: giving and receiving. And that is a lesson for everyone. Which is why the AsIAm films are now on the secondary school syllabus in Tasmania… The fact is, Katherine really does have something to offer: life is not just about me being me, but about you and me becoming “us”, a community that actually cares what happens to each of us. 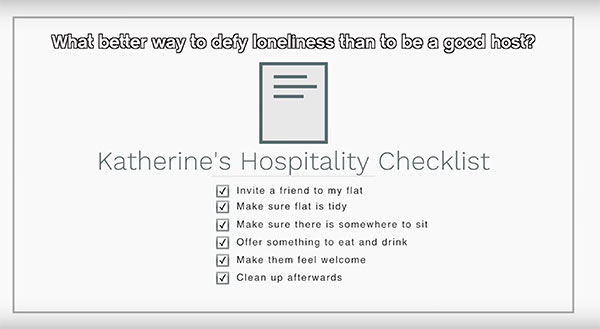 Learn more about As I Am