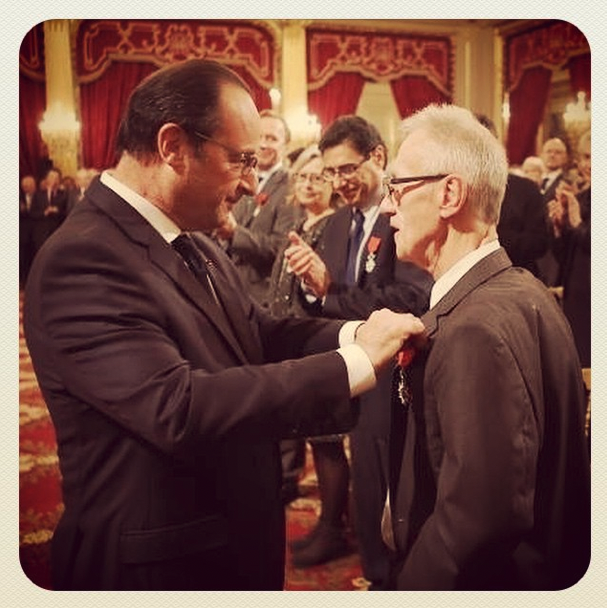 On Monday December 8th, Jean-Pierre Crépieux will be the first person with an intellectual disability to receive the Legion d’Honneur, France’s highest honour.

Established in 1802 by Napoleon Bonaparte, the Legion d’Honneur rewards “personal merit in the service of the nation.”  Jean-Pierre is being recognised for his contribution to L’Arche and the social development of men and women with an intellectual disability.

Born in 1944, Jean-Pierre, nicknamed “Pierrot,” was one of the first people to be welcomed at L’Arche in December 1964. In one of his first letters, in 1965, Jean Vanier wrote that Pierrot was the “nightingale” of the team, always preparing new songs.

Pierrot celebrated his 70th birthday on July 17. Since retiring, he has been looking for ways to share his experience, his life at L’Arche. In 2009 he wrote a book called “Je n’ai pas peur de devenir vieux” [“I am not afraid of growing old?]. About this book, Jean Vanier wrote:

“This book is beautiful. It is profoundly true. And I’m glad that Pierrot wrote it. This is his story – a story of suffering and joy. Pierrot was at the origin of L’Arche. He arrived in December 1964 – a few months after we started in August ’64. He was the joy of this small nascent community. His songs brightened up our windows – and there were a lot of songs! I am personally grateful to Pierrot. His presence, his good mood, his jokes, and even his seriousness contributed a lot to L’Arche becoming what it is. A place where hearts are healed, a festive place, a work place […]”.

Pierrot will receive the Legion d’Honneur from French President François Hollande himself, at the Elysée Palace, surrounded by his friends from L’Arche.

France,
This site is registered on wpml.org as a development site.