Home » Make a difference » Our stories » Please come to my wedding!

Please come to my wedding!

Ally, an assistant in L’Arche Edinburgh, Scotland speaks no Polish; Agata, a lady with Down’s syndrome from L’Arche Sledziejowice, Poland, speaks no English: language barrier? No problem! Difference in intellectual ability? So what! Friendship? You bet! That was exactly what Ally and Agata discovered at the Footsteps programme in Trosly in May 2017. Agata was attending with Kinga, an assistant; and Ally was supporting Jonathan, another member of L’Arche Edinburgh, who also has Down’s Syndrome. Ally takes up the story: “Agata and I just hit it off from the start. I can’t speak Polish, and she doesn’t speak English, but that didn’t matter at all. We still found that we had a lot in common.” One thing they both enjoyed was the Footsteps programme itself, “just feeling part of something bigger in L’Arche. Meeting Agata, and others from communities in other countries certainly opened my eyes to the wider picture of L’Arche.”

But imagine Agata and Kinga’s amazement, when Ally invited them both to his wedding with Bernadetta (also of L’Arche Edinburgh) in Warsaw last September! “That was a wonderful surprise”, says Kinga, “Agata and I were delighted. It was so exciting to go to Warsaw for their big day.” For Ally, a special highlight was when Agata gave him her own blessing, after the wedding ceremony. “The picture of Agata blessing me, always makes me happy.” Plans for the future? “Agata knows that Bernadetta and I plan to visit her in the summer.” That is the power of friendship! 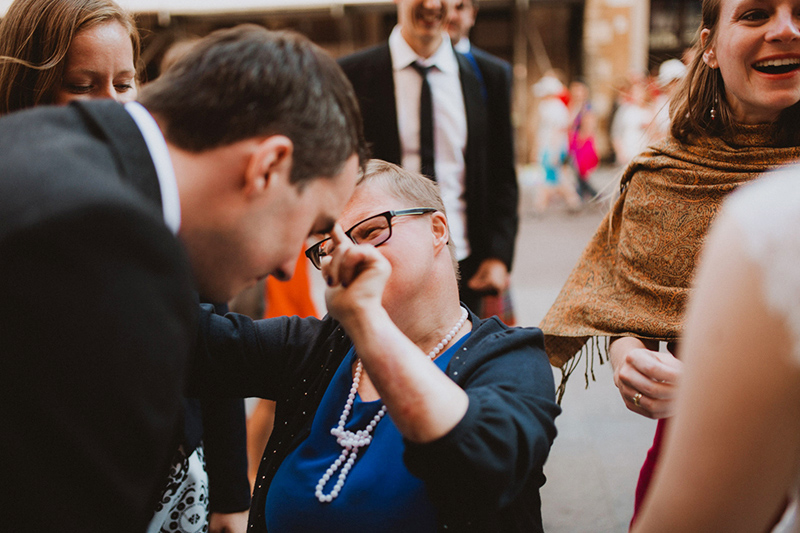 Communities
This site is registered on wpml.org as a development site.