“Look strong. Act tough. Be perfect. A teenager soon learns that lesson. Especially if survival on the city streets depends on it. But then they come to L’Arche for a week’s summer camp, and pick up a totally different message: it doesn’t matter how you look – you are still valuable.” Rimantas, Community Leader at L’Arche Betzata, is speaking of his community’s partnership with the social services department in Vilnius, Lithuania.

“Since we began L’Arche here in 2005, we have invited about 10 young people with their support workers. Each one of them has had a difficult start in life: homeless, drugs, in trouble with the law… each one at risk somehow. Here, they put up their tents in our grounds, and take the opportunity to work alongside our community members with and without disabilities, painting walls, making paths, putting up fences… and in the evening, we eat together; then the guitars and drums appear: singsong, bonfire and basketball.”

It doesn’t take long to see little changes start happening: one seems less angry; another is more patient; each somehow more accepting of others – and of themselves. The impact can last a lot longer than a week: “it’s sure they are leaving with a totally different picture of disability; a couple of the young people have since become support workers themselves.” When is the next summer camp? “In June. But ever since the start of the year, I have been hearing the same question: when are the young people coming back again? It’s become a tradition for us. It shows what is possible.” – Rimantas, Community Leader at L’Arche Betzata, Lithuania. 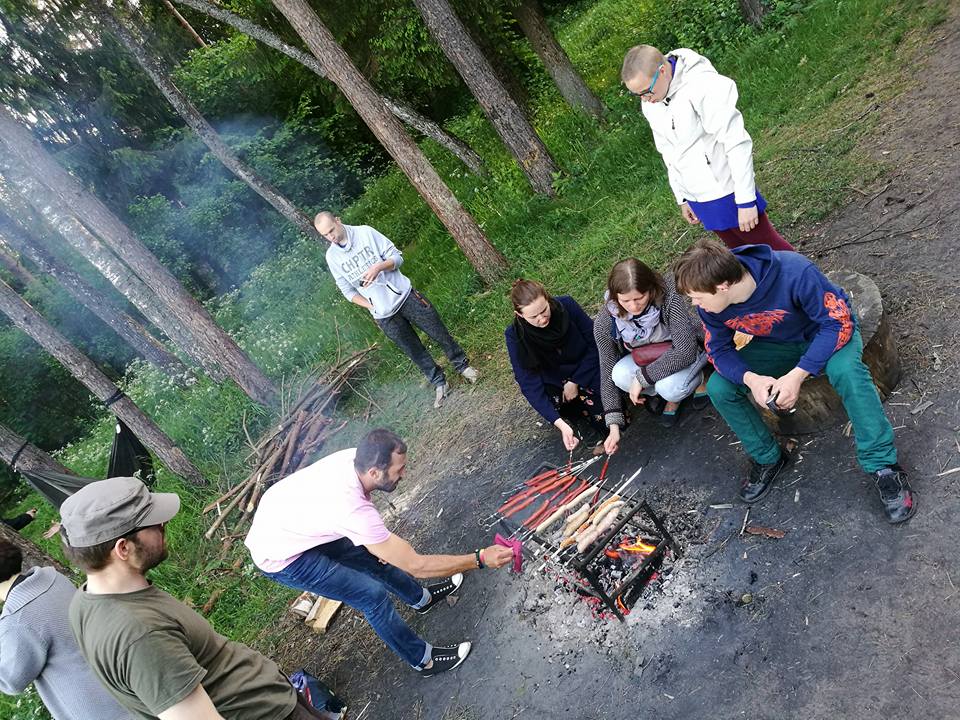