Home » Make a difference » Our stories » How do people with disabilities change the world?

How do people with disabilities change the world? 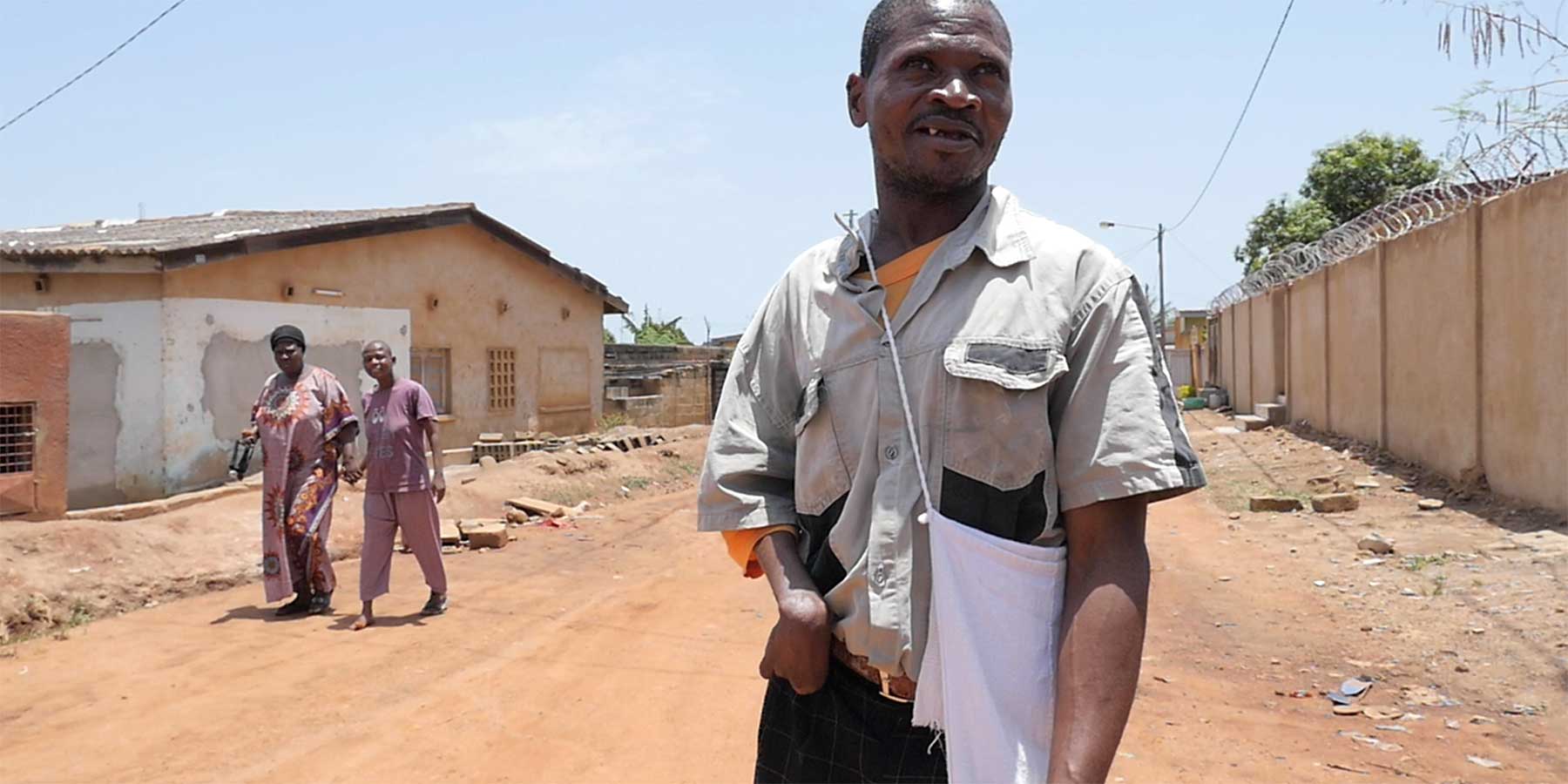 Hands up anyone in favour of “transformation towards sustainable and resilient society for all”! Surely, 100% of available hands are waving, in support of this year’s theme for the International Day for People with Disabilities. 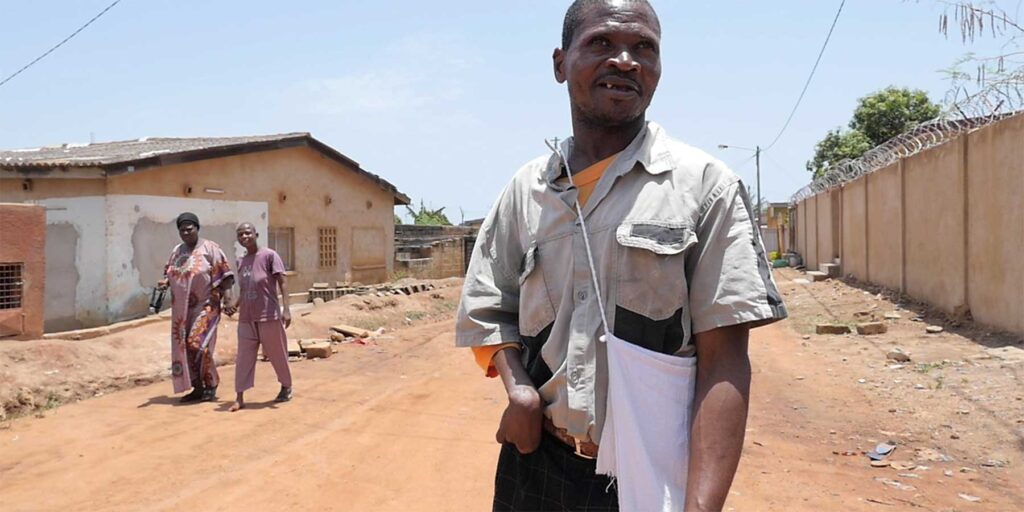 After all, who wouldn’t want that kind of society? But the real question for each of us is personal: what risks am I prepared to take to make those fine words a reality in my own neighbourhood? Words are beautiful, but the goal demands action. And action demands courage. And courage? Well, it really helps to have examples in front of us, people unafraid to show the way to overcome the odd barrier or two, so that good may come.

The courage, for instance of Yobouet N’Da Pierre, nicknamed by his friends ‘Colonel’ N’Da, a man with an intellectual disability living in L’Arche Bouaké, Ivory Coast. Colonel N’Da knew exactly how to tackle an obstacle: in the midst of the civil war in his country, with danger on all sides, he still wanted to see his friends. And no bullets flying all around were going to stop him. For the sake of friendship, Colonel N’Da just climbed over a wall.

An inspiring example for others, including his friend Adrien, an assistant in the community. Some community members were still in the war zone, at risk of being shot. Adrien needed to drive there, to bring them to safety: no easy task. It needed huge courage. Adrien says, “I borrowed the Colonel’s courage.” He then got into the car and drove. Eventually, he managed to pick up everyone.

Watch their story. Be inspired by their friendship. With courage like theirs, together we can change the world.